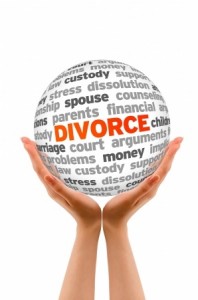 The amount that one spouse must pay to the other spouse after a divorce is called “Spousal Support”, or what used to be known as “alimony”. While a divorce may end the marriage, it does not always end the responsibility that each spouse has to the other. In today’s culture, many couples have two-career marriages, and both spouses earn an amount that is roughly equivalent, which makes financial issues of a divorce somewhat easier to negotiate. The issue of spousal support may not be as contentious, and – while one spouse may still be awarded spousal support in these cases – it is generally because they are also the primary custodial parent. However, there are still a number of marriages where one spouse has been the primary means of support in the marriage, while the other spouse has always been in a financially dependent position. When this is the situation, the dependent spouse is entitled to spousal support. Both child support and spousal support can be awarded simultaneously.

One of the difficulties with the area of spousal support is that – while the Oregon court system has very clear and definitive guidelines about how to determine the amount of child support – no such guidelines exist for determining spousal support. Spousal support is awarded based on what the court – or judge – deems is “just and equitable under the circumstances”. This means that spousal support awards can vary a great deal from state to state, county to county, and – especially – judge to judge. Because of this, a spousal support award can be a delicate and complicated process to negotiate. A financially dependent spouse who must seek support after the marriage is over must have a divorce attorney who is knowledgeable and skilled in this area of the law. It is crucial that a number of financial criteria be established, all of which must be clearly substantiated and supported in order to win an award of spousal support. In some cases, a financially dependent spouse will have no idea what the financial state of the marriage is; this makes it all the more vital to have an experienced – and compassionate – lawyer at his or her side.

There are three types of spousal support: Transitional Support, Maintenance Support, and Compensatory Support. In Oregon, each type of award must have definitive legal grounds that support an award being given, but each type of award also has a kind of “unwritten” philosophical viewpoint that a court considers as well. In all cases the stance a judge will take when awarding spousal support is based on what is considered “fair and equitable” according to both the financial – and personal – factors in the marriage. This is more difficult to establish in a legal system that has no specific guidelines for spousal support, as other states do. Some states will simply split a couple’s finances straight down the middle, 50/50, but Oregon’s method of determining spousal support is more subjective, and takes into consideration many factors that relate to the relative “state” of each spouse. The factors that determine this include:

• The work experience and earning capacity of both parties (probably the most important consideration)
• The length of the marriage (spousal support is not generally awarded in short marriages unless one spouse has substantial health issues)
• The age of both parties
• The health (both physical and mental) of both parties
• The contribution by one spouse to the education, training and earning power of the other spouse
• Whether either spouse needs training or education in order to become employable
• The standard of living the couple had during the marriage
• How much property the couple had and how the property division is handled
• The parenting plan the couple has in place if children are involved
• How much debt the couple has and how the responsibility for it is allocated
• The costs of health care
• Certain financial and/or tax considerations

Maintenance support is the most common type of support; it is an amount paid to the dependent spouse for living expenses. This kind of support is often awarded when the marriage has been long and the dependent spouse has limited options for becoming self-supporting due to age or health. While most states now have some kind of limit on the duration of maintenance support, Oregon is one of the few states that may still award spousal maintenance for life.

Transitional support is generally awarded for a certain amount of time only, and for one specific goal: to give the dependent spouse a way to support him- or herself after the marriage is over. This kind of spousal support is meant to help a dependent spouse either obtain the job skills, training and/or education necessary to become financially independent, or provide financial support for long enough to allow the dependent spouse to re-enter the job market and/or advance in a career. This kind of support is often awarded when a spouse has left their career to stay at home and care for a child or children.

Compensatory Support is probably the most difficult to obtain, substantiate, or calculate. The purpose of compensatory support is meant to re-pay one spouse who supported the other spouse while they were obtaining the necessary education to enter an extremely lucrative field, or to develop a business which then became very successful. This kind of support is highly individualized and primarily depends on the circumstances in each individual case.

Because of the more personal and subjective way spousal support may be decided, it is crucial to have a compassionate and qualified divorce attorney at your side, one who understands the issues and knows the ever-changing rules and regulations of divorce and family law in Oregon. When the issue of spousal support is at stake, what is deemed “fair and equitable” in terms of the amount or kind of financial award may depend on the judge – or the expertise of the attorney presenting the case.